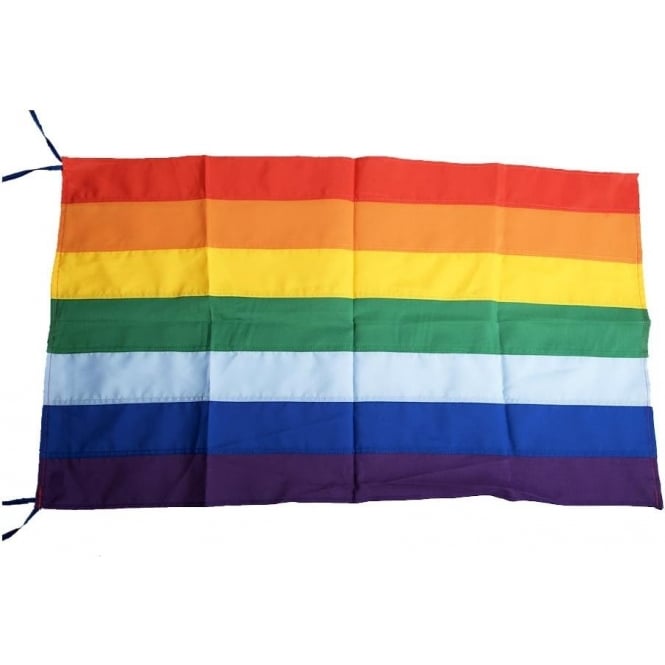 The people of the Andes are represented by a rainbow flag. It’s what the Inka brought to all who joined the Tawantinsuyu.

A flag with a seven-striped rainbow design is used in Peru,[3] Bolivia and Ecuador as a symbol of native peoples, and is anachronistically associated with Tawantin Suyu, or Inca territory. Although commonly believed in Peru to be a flag of the Incan Empire, the oldest known rainbow flag dates back only to 18th century and was used by Túpac Amaru II during his pro-indigenous revolt against the Spanish.[4] María Rostworowski, a Peruvian historian known for her extensive and detailed publications about Peruvian Ancient Cultures and the Inca Empire, said about this: "I bet my life, the Inca never had that flag, it never existed, no chronicler mentioned it".[5] The National Academy of Peruvian History has stated on the topic:

"The official use of the wrongly called 'Tawantinsuyu flag' is a mistake. In the pre-Hispanic Andean world the concept of flags did not exist, it did not belong to their historic context".[6] National Academy of Peruvian History The Flag of Cusco was introduced in 1978 and is still the official city emblem. In Ecuador, a rainbow flag is used by the Pachakutik political party (1995), which is composed mostly of left-wing indigenous people.