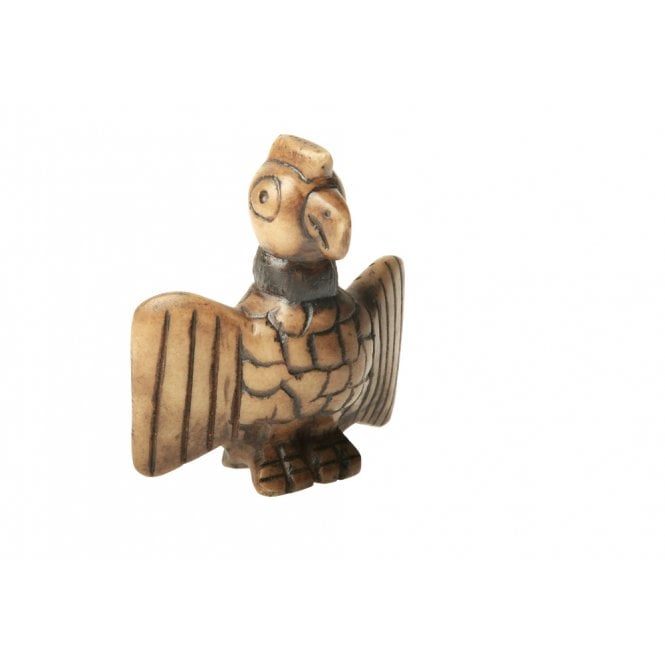 This stunning hand carved condor is one of the sacred animal totems of the Incas.

It sits perched with wings open, this bird is ready to soar, taking your messages and prayers to the gods of the Upper Realm.

This item is perfect as an arte for your mesa.

The Condor is sacred and as seen as a symbol of power to the ancient Incas.

It possesses  many spiritual properties and continues to be used in rituals throughout the Andes region.

The upper world of the gods, Hanan Pacha, is represented by the condor. The Inca prophecies say that now, in this age, when the eagle of the North and the condor of the South fly together, the Earth will awaken.

The eagles of the North cannot be free without the condors of the South. The Prophecy of the Eagle and the Condor is told by many Native nations in the Western Hemisphere.

Purchased from a sacred artifact antique dealer these stones are extremely powerful and weigh quite a lot.