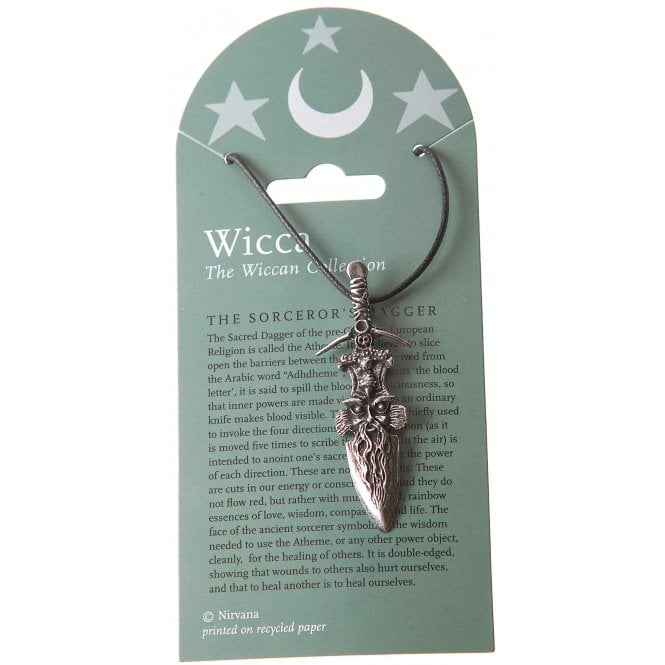 The Sorcerer's Dagger - The Sacred Dagger of the Pre-Christian European Religion is called the Atheme. It is believed to to slice open the barriers between the worlds. Derived from the Arabic word 'Adhdheme', which means the blood letter, it is said to spill the blood of consciousness, so that the inner powers are made visible just as an ordinary knife makes blood visible.

The Atheme is chiefly used to invoke the The Four Directions. Its cutting action as its moved five to invoke the Four Directions to scribe the pentacle in the air is intended to anoint one's sacred circle with the power of each direction. These are not violent cuts. These are cuts in our energy or conciousness, and they do not flow red, but rather with multicoloured, rainbow essences of love, wisdom, compassion and life.

It is double edged showing that wounds to others also hurt ourselves, and that to another is to heal ourselves.