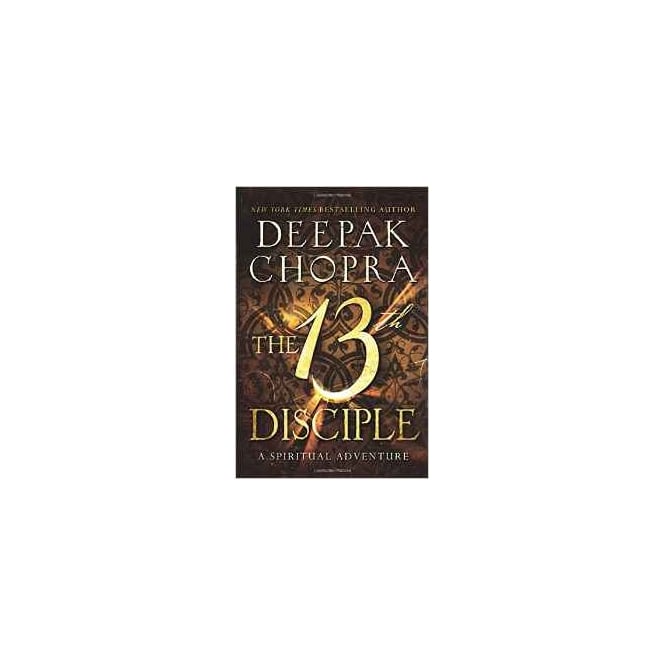 Review
“Deepak Chopra is such a treasure. Once again he illuminates, opening our imaginations to possibilities beyond any we have visited before. The 13th Disciple is a riveting tapestry of ideas, woven by one of the great voices of our time.” (Marianne Williamson)

“Deepak Chopra never ceases to amaze me. If you know him for his wise advice on health, wellness and spirituality, let him also astound you with his vivid imagination and skillful narrative.” (Maria Shriver)

“Deepak is both my medical doctor and my spiritual mentor. There is no one whose advice I prize more highly. Over the years, he has been a source of immense happiness for me, and...he can be one for you as well.” (Wayne Dyer)

“A renowned physician and author, Deepak Chopra is undoubtedly one of the most lucid and inspired philosophers of our times.” (Mikhail Gorbachev)

“Deepak Chopra is among the influential scholars, authors, and thinkers—like Arthur Schopenhauer, Carl Jung, and Aldous Huxley—who have found truth in the Perennial Philosophy and developed ways to help people apply that truth to their daily lives.” (Huston Smith)

From the Back Cover
From Deepak Chopra comes a spiritual adventure story about Christ's forgotten disciple, an ancient mystery school, and the timeless power of faith.

Before suddenly disappearing from her cloister, Sister Margaret Thomas McGeary leaves behind a solid gold reliquary, which her niece Mare dis-covers tucked away among Sister Margaret's belongings. "This is from the thirteenth disciple," a handwritten note says, "follow it where it leads," setting into motion a millennia-old mystery about the final—and truest—disciple of Christ. As Mare searches for her lost aunt, she begins to realize that the reliquary contains a secret that could very well change the history of Christianity and forever redefine what it means to be a person of faith.

Joining Mare in her quest is a ragtag and reluctant group of sinners and skeptics—Frank, a journalist eager to break the story; Lilith, an eccentric mother of two who knows more than she's letting on; Galen, a misanthrope with a hidden past; and Jimmy, a hospital orderly whose faith sustains him even in the darkest hours. Together, they try to make sense of the reliquary and its mysterious contents. But are they ready for what they learn about the reliquary—or themselves?

Weaving together masterful storytelling, page-turning intrigue, and biblical and religious scholarship, Deepak Chopra reveals illuminating truths about Jesus, his followers, and, ultimately, belief itself. Like his previous New York Times bestselling novels Buddha and Jesus, The 13th Disciple invites readers to know and experience religion in a new and breathtaking way.

--This text refers to the Hardcover edition.