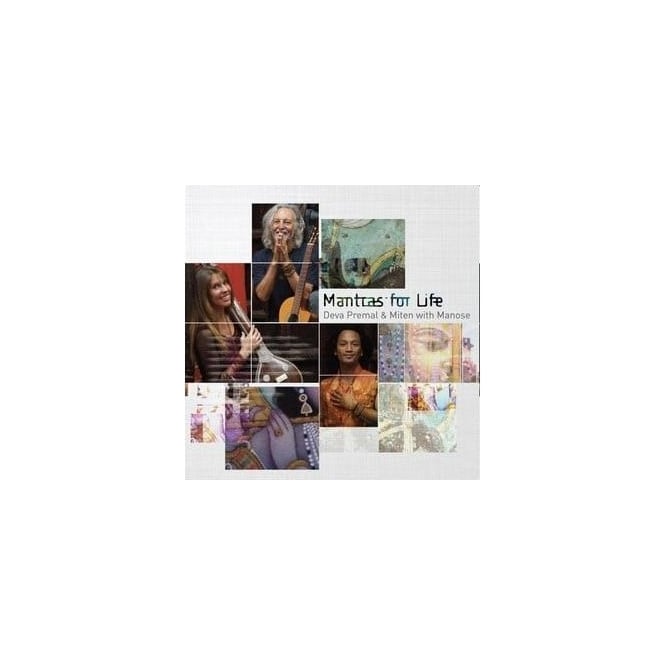 Artist Biographies
Deva Premal
German-born Deva Premal is a classically trained musician and gifted singer who grew up in an atmosphere of mantras and eastern spirituality. She has been called both 'the queen of mantra' and the 'high chanteuse of chant'. Miten, originally from Britain, began as a singer-songwriter-guitarist in the 70s opening for such groups as Fleetwood Mac and Ry Cooder. He then discovered the power of meditation and left the world of rock 'n' roll behind. The two met at an ashram in India in 1990.
With her face gracing magazine covers, such as Natural Beauty & Health and New Age Voice, and one of her signature pieces, The Gayatri Mantra, being performed by Cher on tour, Deva Premal's star, along with Miten's, is on the rise. Their music, once found only in yoga studios, meditation centres and spiritual festivals, is now featured in record stores around the world and listed on Amazon.com's New Age Top 10.
Deva Premal & Miten have released 14 albums, including the new-age category bestsellers A Deeper Light, Into Silence, The Essence, Password, Love is Space, Embrace, and Dakshina. For more information, visit devapremalmiten.com.
Miten
Known now as Miten, Andy Desmond had become a stalwart on the British rock scene, opening for Fleetwood Mac, Randy Newman, Hall and Oates, The Cate Brothers, The Kinks and many others. He was invited by Fleetwood Mac to be their special guest on their UK Rumours Tour, and opened for Ry Cooder on his 1978 European tour.
Disillusioned with the rock world and the life style, he went on to explore meditation and Eastern philosophy. He was initiated into 'sannyas' in 1980 by controversial Indian mystic, Bhagwan Shree Rajneesh and given the Sanskrit name Prabhu Miten meaning friend of God. He has lived among the Osho community ever since, spending many years in India at the Osho ashram.
Miten now tours the world with his musical and life partner, Deva Premal, whom he met at the Osho Ashram in 1990.
Manose
Manose, Nepal's premier flutist, fell in love as a child with the bamboo flute. His astonishing ability to improvise is grounded in a technical mastery gained from devoted study to classical raga music, allowing him to explore the instrument's practically limitless potential for subtle expression. Since 2005 Manose has been touring worldwide with Deva Premal and Miten and has performed and recorded with, amongst others, Jai Uttal and Krishna Das.