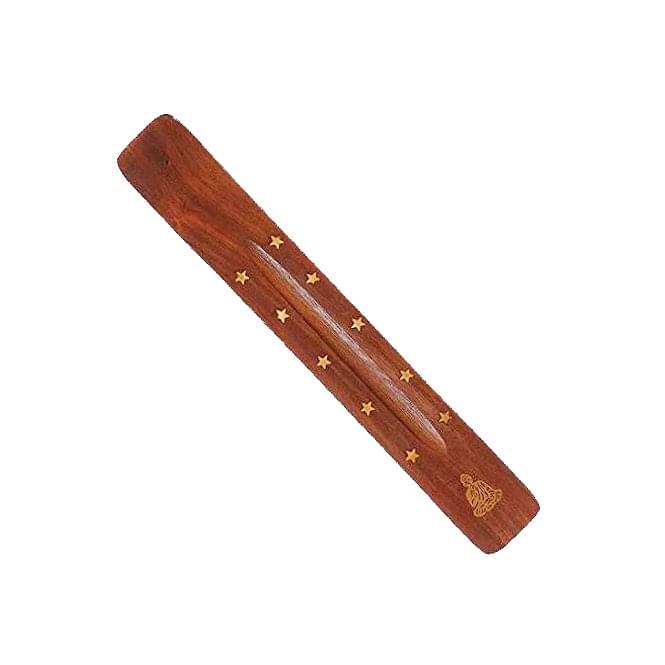 Buddha - Meaning the one who is awake. In a sense that having woken up to reality. Simple incense stick holder. Can be adjusted to suit relevant incense by using a simple bridle to make the hole to a relevant size. Normal incense hole size approx 2mm.

The word Buddha  means 'the one that is awake'. A metaphor for having awoke to reality. Buddha was born as Siddhartha Gautama in Nepal around 2,500 years ago. He did not claim to be a god or a prophet. He was a human being who became Enlightened, understanding life in the deepest way possible.

Siddhartha was born into the royal family of a small kingdom on the Indian-Nepalese border.

According to the traditional story he had a privileged upbringing, but was jolted out of his sheltered life on realising that life includes the harsh facts of old age, sickness, and death.

This prompted him to puzzle over the meaning of life. Eventually he felt impelled to leave his palace and follow the traditional Indian path of the wandering holy man, a seeker after Truth. He became very adept at meditation under various teachers, and then took up ascetic practices.

This was based on the belief that one could free the spirit by denying the flesh. He practised austerities so determinedly that he almost starved to death.