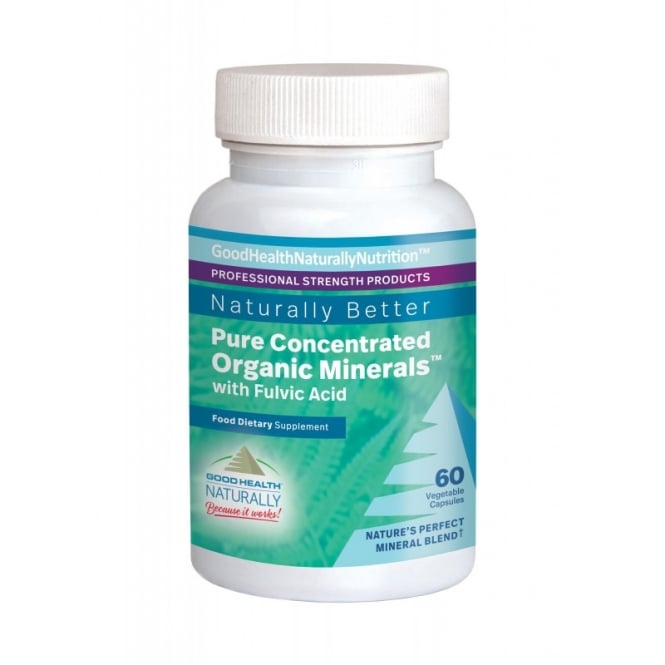 *Please Note: Results may vary from person to person*.

Disclaimer: The products/services and the claims made about specific products or services on or through this site have not been evaluated by Sacred Essence or the Food and Drug Administration and are not approved to diagnose, treat, cure or prevent disease. The information provided on this site is for informational purposes only and is not intended as a substitute for advice from your physician or other health care professional or any information contained on or in any product label or packaging. You should not use the information on this site for diagnosis or treatment of any health problem or for prescription of any medication or other treatment. You should consult with a healthcare professional before starting any diet, exercise or supplementation program, before taking any medication, or if you have or suspect you might have a health problem.

The Potential Benefits: Better energy that remains more stable throughout the day – trace minerals are involved with virtually every organ and cell function in the body. Lack of even one of these trace elements can cause you to feel sluggish – run down – sometimes for no apparent reason. More restful and sound sleep. – Trace minerals aid in the balance and function of our glands especially the adrenal glands – balanced adrenals makes quality sleep possible. Clearer mind and brain function – the brain and its cells require 12 times more oxygen than other body cells. Trace minerals bound to fulvic acid will impart and supply a trickle charge of bio-electrical energy so vital for healthy cell function. Each mineral or trace element carries a unique frequency of bio-electrical energy. More balanced appetite – Fulvic minerals will increase the absorption of nutrients from foods and supplements – the more nutrients that are absorbed from each meal the more balanced will be the appetite. If you’re always hungry even though you eat volumes of food you are more than likely deficient in one or more minerals or trace elements. Better absorption of nutrients from foods and supplements – it does little good to take certain vitamins if you lack certain trace elements or minerals that are required to utilize and absorb them. Since your body makes no minerals one must rely on a viable source to supplement today’s mineral deficient foods. The first supplement to consider taking is trace minerals – once you have a regular supply entering the system taking other nutrients is more beneficial and economical. Healthy Hair and Skin – A lack of trace minerals like silicon can cause your hair and skin to become brittle, dry and unhealthy looking. This is usually due to a lack minerals especially zinc, silicon and copper. Increased stamina and athletic performance – supply your muscle, ligament and tendon cells with more than 70 electrolytes all in the most effective form. Eases the aches and pains of exercise – maintaining proper electrolyte levels throughout and after your exercise routine will greatly reduce the “sore muscle syndrome” often made more severe from lack of certain trace electrolytes no longer abundant in foods. Soothes the aches and pains of Arthritis - Fulvic trace minerals insure that the body has what it needs to manufacture anti-inflammatory enzymes thus reducing the pain and swelling associated with arthritic conditions.

Ingredients:
What are Organic Minerals?

Nature combines fulvic acid and minerals to form fulvic mineral complexes that are now being referred to by many nutrition and health experts as “The Missing Link Of Nutrition.”

Imagine the earth some 38 million years ago when enormous rainforests covered much of the planet. Like the animals of that time, plants were enormous compared to the plants of today, with root systems that reached deep into the earth. The root systems of these prehistoric giants were able to tap rich sources of inorganic minerals, which the plants then converted into organic, biologically-friendly minerals via photosynthesis.

Once these giant plants died, the organic minerals within their structures were deposited onto the surface of the earth, where they were combined with fulvic acids created by the local soil microbes. This botanical life and death cycle continued for millions of years, gradually forming rare fulvic mineral deposits.

Such a deposit is the source of the fulvic minerals and the organic acids contained in Good Health Naturally Pure Concentrated Organic Minerals™ with Fulvic Acid.

Mineral products that contain no amino acids are metallic in form and are NOT plant derived or of plant origin. Mineral Deposit material that will not extract using only water is NOT an organic mineral. Only prehistoric plant deposits contain the diversity of poly-colloidal fulvic mineral complexes.

Our source material is not a single consistent substance, but is a highly varied, rare and complex substance reflecting the nature of the plant and animal species of origin, and also the nature of the specific species of microbes responsible for its creation during the humification process (the process of plant matter breakdown).

These substances contain extremely complex molecules (fulvic compounds) made up primarily of highly protective and seemingly immortal plant phytochemicals that are combined and recombined during the humification (decomposition) process, having been digested by various species and millions of successive generations of microbes, ultimately becoming one of the most complex natural substances on earth.

Fulvic minerals contain latent solar energy that is hidden deep within their complex molecular structure originating from photosynthesis of the gigantic plants of origin. They are partly responsible for the unusual properties and bioactive nature of our Pure Concentrated Organic Minerals™with Fulvic Acid.

The Features: Contains antioxidant minerals – organic selenium, zinc, manganese, copper and others. Contains 18 Amino Acids – formed over the course of 38 million years – proof of its plant and organic origin. More than 70 electrolytes in the most effective form known to science - each mineral electrolyte carries its own unique bio-electric signature. Highest fulvic content per serving available – our fulvic acid content is always 4% to 8% the highest concentration of true “acidic” fulvic acid in the marketplace and it is 100% dissolved. Completely of plant origin – Only true plant origin minerals can be water extracted, as for our fulvic mineral. Contains nature’s most bio-ionically transferable minerals and trace elements – no other mineral product can deliver all the natural ingredients contained in our unique fulvic minerals. Convenient – Delivered in a capsule form.